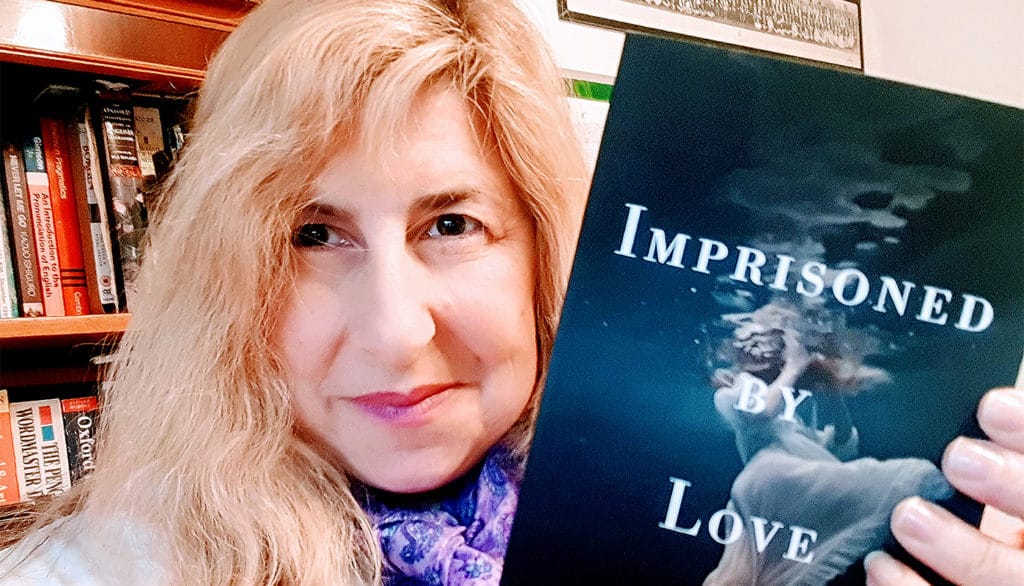 We’re thrilled to hear that MPW alumna, Catherine Brahams has published her first novel, Imprisoned By Love. Catherine joined MPW in 1984, where her tutors inspired her to read English at university. This is her story…

As a former Vice Principal and Head of Sixth Form, I have spent many years in education. During this time, I have, inevitably, had the opportunity to teach hundreds, if not thousands, of students, some of whom have faced problems or a crisis in their lives.

During this time, I was acutely aware that my colleagues and I faced crises of our own; given this, I wanted to explore how a teacher in a senior position – such as the Pastoral Deputy Head of an independent school, would be able to cope when she’s under immense pressure.

My novel is told in the first person present continuous narrative; this means it is Sophie’s voice that the reader mostly hears; this makes it easy to empathise with her story. Tragically, her husband, who is only fifty, develops early onset dementia. His dementia is the catalyst for much of the action that takes place.

The novel is a hybrid between general fiction and a psychological thriller. If nothing else, it is a page-turner. Even though I have taught English for many years, and have analysed many great writers’ works, I have no pretentions about my own novel. It’s a perfect holiday read and great for book clubs.

I was fortunate to have been taught by the best. I turned up at MPW in September 1984 at the age of 16 and 2 months. And yes, George Orwell’s dystopian novel was on our A Level syllabus. We had all read it anyway! I studied English A Level with David Bainbridge, Richard Martin and Steve Petford, all of whom inspired me to read English and Russian Studies at Durham University and also helped me achieve that goal.

Whilst at MPW, I was also taught Politics by Moyra Grant and Art History by Anna Gendel. Back in those days, our lessons were held in Wetherby Place which felt much more like a house than a school or college. I loved my time at MPW and am looking forwards to attending some of the alumni events in the future.