The Two Tempests in The Tempest

Richard Martin, Head of English and Theatre Studies at MPW London, explores the subject of Alchemy in The Tempest. The article forms part of regular supplementary lectures that Richard shares with students, with the aim to build an intellectual community among MPW London English students. 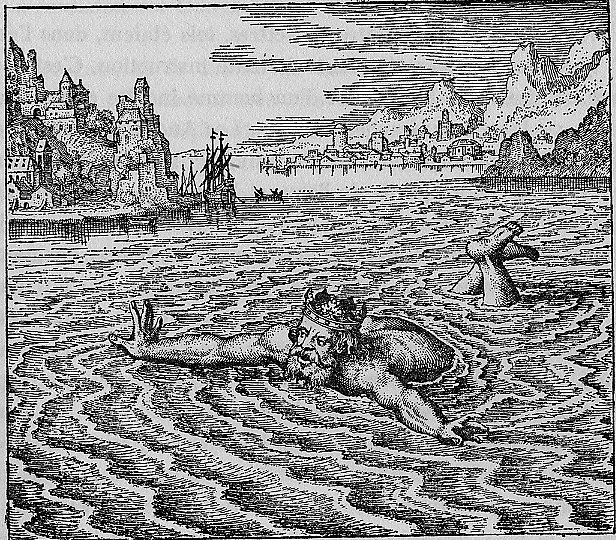 David Lodge notes in The Art of Fiction that ‘titles are part of the text’. He also identifies how from the early twentieth century onwards titles are likely to be thematic whereas they were once simple, often nominal, handles on which to hang texts. On the face of it the title, The Tempest fits this second category best being simply an allusion to the phenomenon that takes up the first scene. But the word ‘tempest’ has a more complex meaning referring to the moment of change in an alchemical experiment. Read this way there are two tempests in the play: the literal one at the beginning of the play and an alchemical one at its end in which we witness Prospero change. The genre of the play changes too. The play has initially the hallmarks of a revenge tragedy and even recalls Hamlet in its depiction of deadly sibling rivalry. At the end of the play however we recognise that we have been watching a tragi-comedy, ending in marriage and reconciliation – albeit incomplete. So alchemy is threaded through the whole play.

Changes in the Self – Sea-changes

Alchemy was a theory and practice that originated in the medieval period, concerned with the transmutation of physical substances. It is best known these days for its rather implausible belief that base metals could be changed into gold. What we call ‘exoteric alchemy’ (the transmutation of physical matter) may initially have been merely a figurative way of talking about ‘esoteric alchemy’ where the goal is the transformation of the human self. This Prospero has achieved to a great but not complete degree, early on in Act V, as well as having been an agent for it in the case of Alonso in the previous act. Confronted by what he takes to be a harpy, the King of Naples’ twice repeated word ‘monstrous’ establishes both the harpy’s visually shocking form and his horror at his own behaviour 12 years before. An alchemical emblem (see figure 1) from a book (Michael Maier’s Atalanta Fugiens) published 6 years after The Tempest was first performed features a King swimming in the sea. The foremost authority on the meaning of Maier’s emblems (De Jong) argues that this is an image of ‘the soul calling for redemption from the depths of the waters’, paralleling, for the student of The Tempest and alchemy, King Alonso. Confrontation with the ‘harpy’ in this sequence does not have the same effect on Alonso’s brother Sebastian nor on Prospero’s brother Antonio. They draw their swords and later in the scene are presented as being in hot pursuit of the ‘harpy’. In a play about change, they remain unchanged, stubbornly material and gross.

And this despite their descent into water at the beginning of the play. This idea of immersion and cleansing is central both to the play, baptism and to the practice of alchemy. The Epigram from another of Maier’s emblems (see figure 2) reads: ‘Don’t you see how a woman is accustomed to cleaning dirty laundry?… Follow her example…For the water washes the precipitation of the black body away.’ These words surely recall the strange phenomenon Ariel refers to (and which Gonzalo confirms) concerning the state of the courtiers’ fabrics which ‘are fresher than before’ their descent into water. Antonio and Sebastian’s dispute concerning this seemingly impossible occurrence is telling since the lack of transformation in them is reflected in the lack of change in their garments. This notion of a ‘sea-change’, available to some but not all in the play, is beautifully developed in Ariel’s uncanny song with its reference to alchemical transformation: eyes becomes pearls and bones metamorphose into coral. It even features in Gonzalo’s ‘commonwealth’ speech with its pipe dream of a new kind of society contrary to its European counterpart. Gonzalo imagines a society that would ‘excel the golden age’. His words are especially appropriate to the play’s alchemical theme.

It is unsurprising that alchemical ideas should feature in the play given that it features in Prospero a magus who has devoted his life to the occult – to the degree of neglecting the running of the state of Milan and ending up in exile. On the island he has the time to perfect his magic and ironically to use it for the purposes of gaining back what its pursuit initially lost him. The early modern magus would have counted alchemy as one of his fields of hermetic study and sure enough Prospero uses three words associated with alchemy in two lines at the beginning of the fifth act. The ‘project’ is the alchemical experiment, the word ‘head’ recalls the frothing of substances being heated in exoteric alchemy and the word ‘crack’ the danger to the glass receptacles of the extreme temperatures to which the alembics are subjected. Given that Prospero’s alchemical transformation is imminent it is surely appropriate that this cluster of alchemical terms features at the ‘head’ of the act in which the transformation of self takes place. One of the paramount ironies of the play is that it is the alchemist who actually changes, despite his intentions to change others. Prospero’s desire to change others reflects his god complex; his transformation at the end of the play, a recognition of his humanity.

How could Prospero not show humanity to the Wedding Party when Ariel who seemingly lacks full humanity counsels him to do so? Prospero’s speech in response to Ariel’s proposition puns on the word ‘kind’ to establish a vital principle: we are kind to others when we acknowledge that we are of the same kind as them. This is why Miranda could display empathy for the wedding party at the beginning of the play’s second scene not only because she lacks knowledge as yet of how her history inter-twines darkly with some of the passengers on the ship, but because she lacks the divine pretensions of her father: she ‘suffers with those that (she) saw suffer because she does not consider herself ‘a god of power’.

Prospero’s change – from God to Man

Something striking follows from this and it is at odds with esoteric ideas in the period, concerning the perfectibility of man, his transformation into a god. Prospero’s development in the play is the reverse in that he begins the play playing god – approximating Jupiter in his raining of thunderbolts down on those whom he judges have trespassed against him. He ends the play acknowledging a common humanity. I value for this reason Alonso’s words to Prospero when the latter in establishing he’s no ghost in fact proves his humanity: ‘thy pulse beats as of flesh and blood’. Prospero now sees himself in terms of binaries: ‘reason’ and ‘fury’, ‘virtue’ and’ vengeance’. No longer a divinity but a human being, a site of conflict between the higher and lower self. There is a parallel with Alonso whose development in the play is in his capacity to accept his own monstrousness: The Tempest was first performed before King James at Whitehall and its depiction of a penitent king acknowledging feet of clay is particularly radical in the light of the notion of the divine right of kings. In Shakespeare’s re-thinking of the idea of alchemy it is our acceptance of our baseness that purifies us. Hermetic ideas here rub shoulders with their Christian

counterparts in The Tempest, resulting in a final speech on the part of Prospero in which we have a cluster of Christian terms, singularly lacking from earlier in the action.

It is easy to see Ariel as an embodiment of Prospero’s higher impulses by this point of the play even if the audience are unaware that Queen Elizabeth’s astrologer, John Dee claimed to be in contact with a spirit called Uriel. Ariel’s status as mercurial being, given that Mercury is a both significant deity and ingredient in alchemical thinking, is notable. Equally, Caliban can be seen as an embodiment of the lower self. Caliban’s revenge plot against Prospero simply mirrors Prospero’s against his brother after all. Caliban wants the restitution of his island, Prospero the restitution of Milan. Ariel’s name invokes too one of the two of the higher of the elements and his claim to have ‘flam’d amazement’ identifies him with the other. Caliban, on the other hand, is addressed as ‘thou earth’ which together with water constitute the two lower of the four elements. The names of spirit dogs Prospero unleashes on the conspirators in the comic plot have a significance not often acknowledged: ‘Fury’, ‘Tyrant’, ‘Mountain’ and ‘Silver’ are both embodiments of Prospero’s divided self and correspond to the four elements in hermetic thought.

In fact we could argue that there are more than two tempests in the play, if we consider Alonso’s transformation in Act IV or Ariel’s in Act V. In the latter case there is a chain reaction in that without Ariel’s transformation into a being capable of empathy, Prospero would have lacked the impetus for change. Ariel had described Ferdinand’s suffering in Act I with a rather chilling dispassion: s/he uses the word “sad” as a pure description of Ferdinand’s emotional state not of his/her feelings regarding the young prince’s plight. Compare this dispassion with his speech in Act V: the Wedding Party are ‘brimful of sorrow and dismay’. Tears here are imagined filling the body to the point where their only escape is from the eyes. Ariel concludes his speech by insisting on the empathy such grief generates in the observer: ‘if you now beheld them, your affections would become tender.’ This assertion must be predicated on Ariel’s own capacity for empathy. It would not strike him/her otherwise. Caliban too changes. He recognises the folly of thinking that the Neapolitan clown and butler, Trinculo and Stephano could advance his claims in respect of the island taken from him. He was wrong, he realises even to have given them the credit to imagine he might successfully exploit them for his own ends. Having referred to his mother’s god, Setebos on two occasions he ends the play alluding to the Christian concept of ‘grace’. Our ancestors would certainly have regarded this as a positive change and Prospero is surely wrong in his claim that Caliban is degenerating: ‘as…his body uglier grows, so his mind cankers’. The Tempest instead indicates his development as part of its grand alchemical theme. 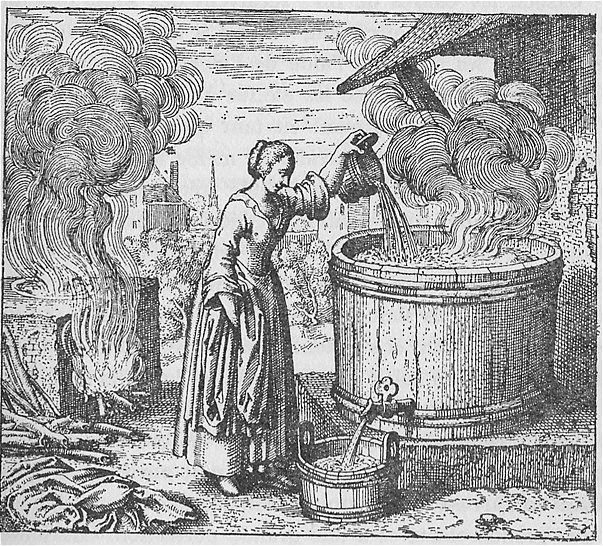