A trip to the Jurassic Coast

A group of A level Geography students braved the elements on their recent field trip to the Jurassic Coast as part of their independent investigation (NEA, or Non-Examined Assessment).

Leaving Cambridge on a dry but cloudy Friday, the relatively clement weather didn’t prepare them for the tempest they were to experience in the afternoon. After arrival at the PGL Osmington Centre near Weymouth, students and staff set off for their first location at Durdle Door and Lulworth Cove. The 60mph winds and rain gave the group first-hand experience of the weathering and erosion that have shaped this magnificent stretch of coastline, which they thoroughly enjoyed even if one student, Johnnie, regretted wearing shorts!

PGL instructors offered the students a fascinating insight into how the dramatic rock formations at Durdle Door, Man O’ War Cove and Lulworth Cove were created around 25 million years ago when the African tectonic plate collided with the European plate.

The group travelled back to Osmington Bay, a little bit cold and damp and were looking forward to getting indoors. During the evening session, students prepared for their data collection the next day in Lyme Regis which would give them the data needed for their NEA.

On Saturday, the skies had cleared and the team set out for Lyme Regis. Most of the students had managed to dry out their gear and were prepared for a full day of data collection. The walk from the car park to the town provided numerous examples of coastal defences put in place to protect the area from being eroded by the forces of the sea. At four different locations, students did wave counts, measured the effect of longshore drift, recorded wind speed and pebbles sizes, and completed a beach profile.

While collecting data, they analysed the aspects that can influence the methodology for data collection, such as weather, people on the beach, and type of equipment. Good teamwork made them divide the tasks efficiently. The fine weather allowed them to gather everything they needed and to get a good impression of the importance of tourism in the town, too. In the evening the students shared and processed data and made a start writing up their NEAs.

It was a brief but effective field trip. There are probably few coastal stretches in the UK where so many different processes and landforms can be studied in a short period of time, and students made the very best use of everything that was on offer. 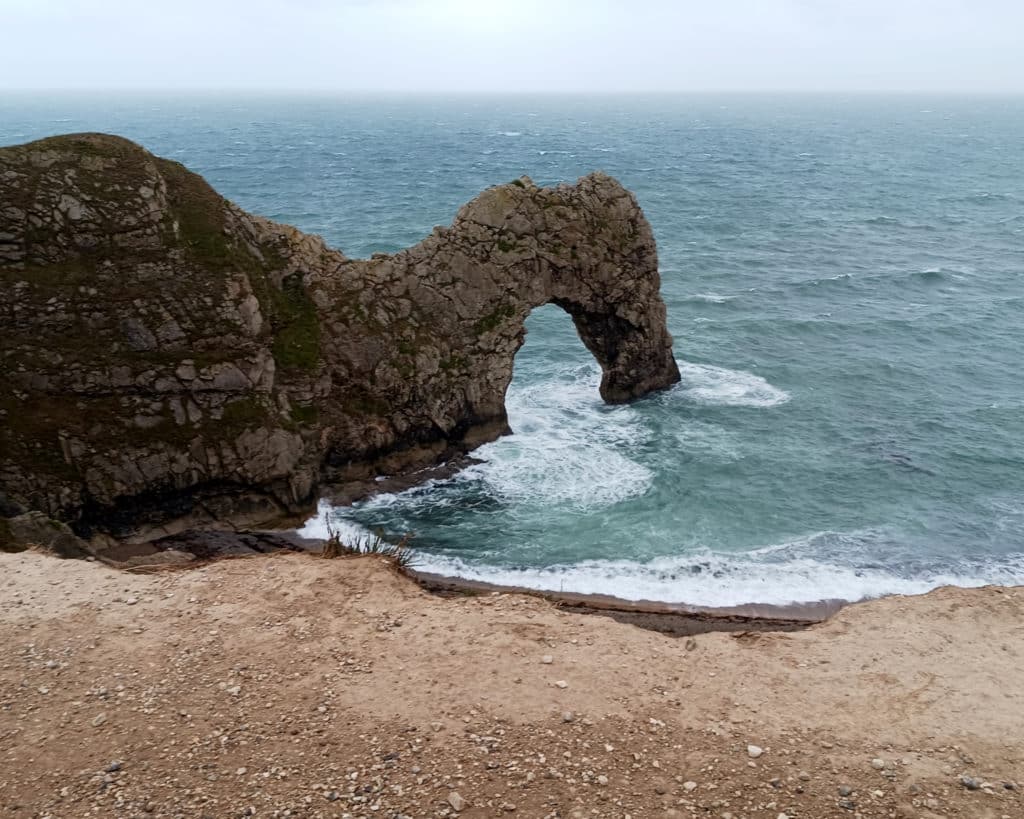 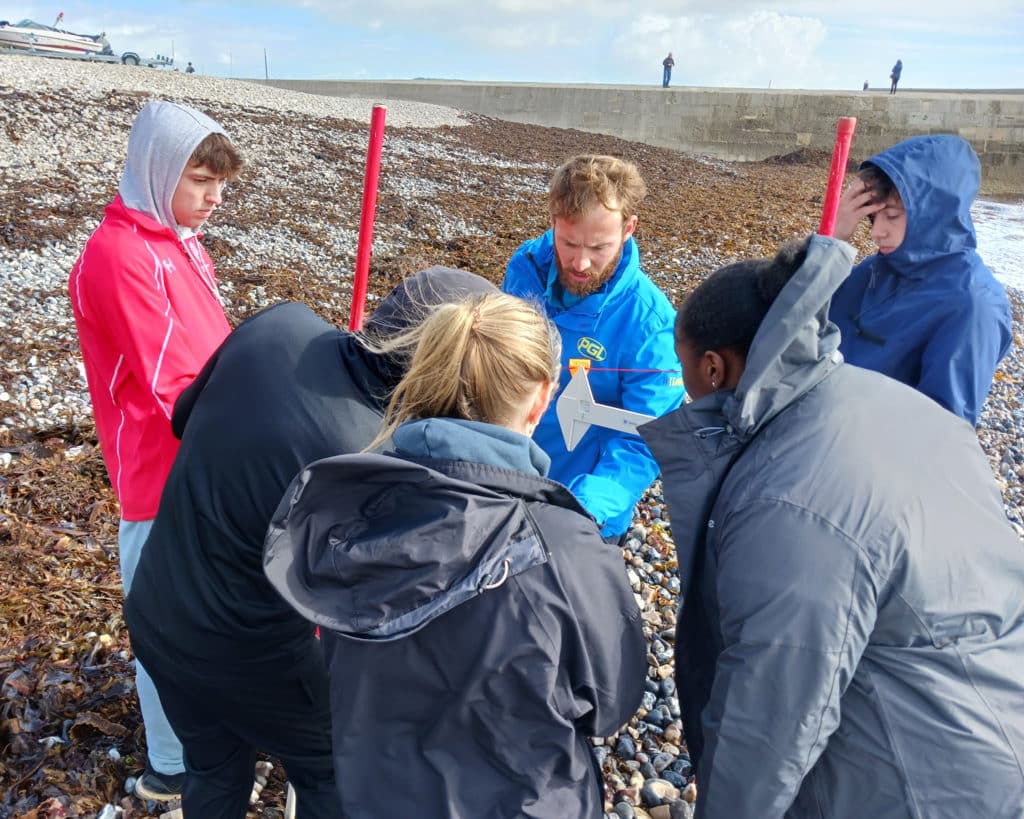 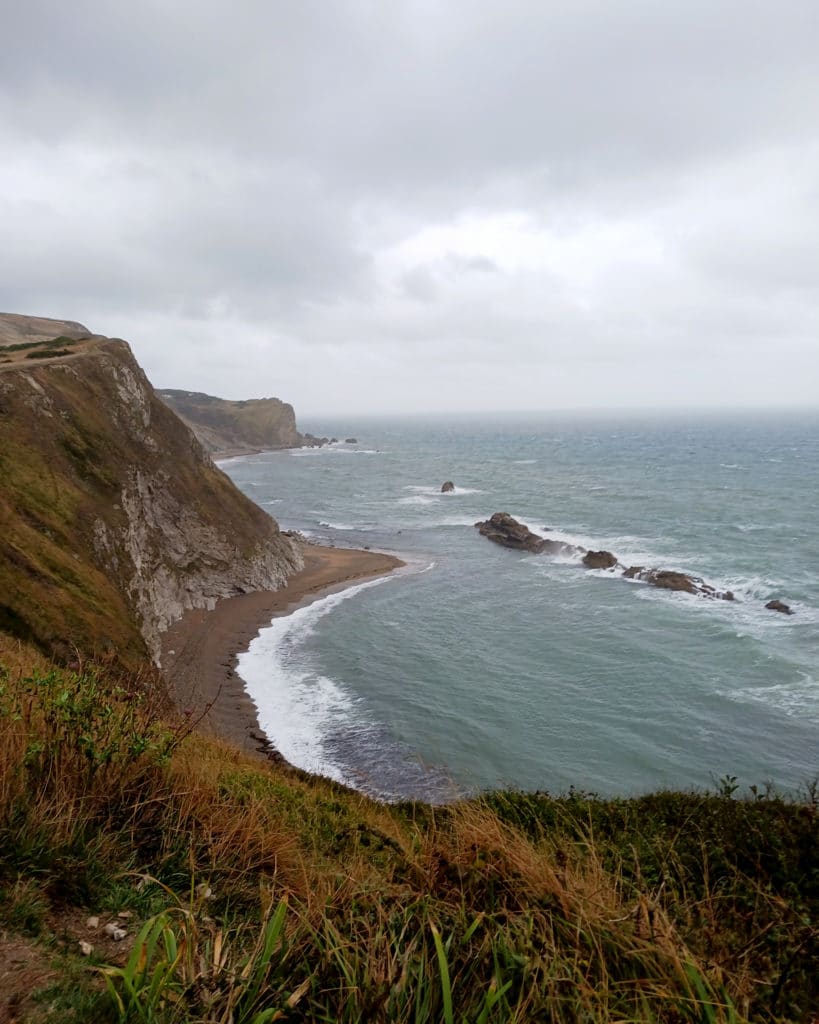 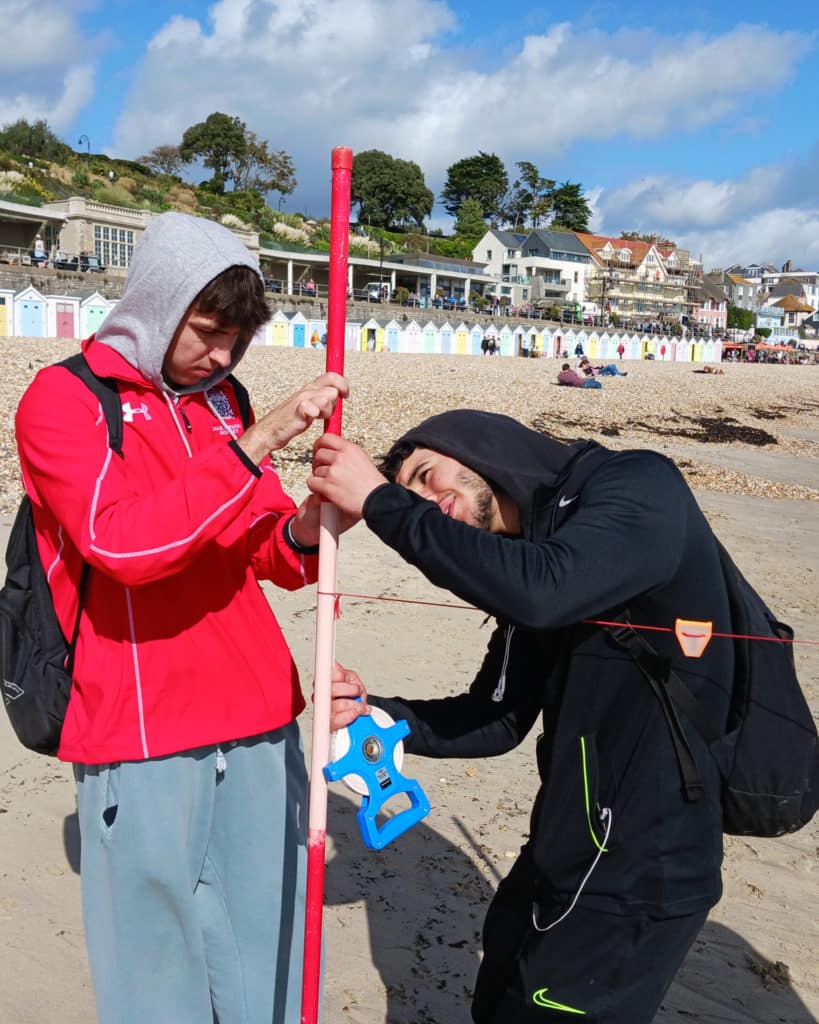 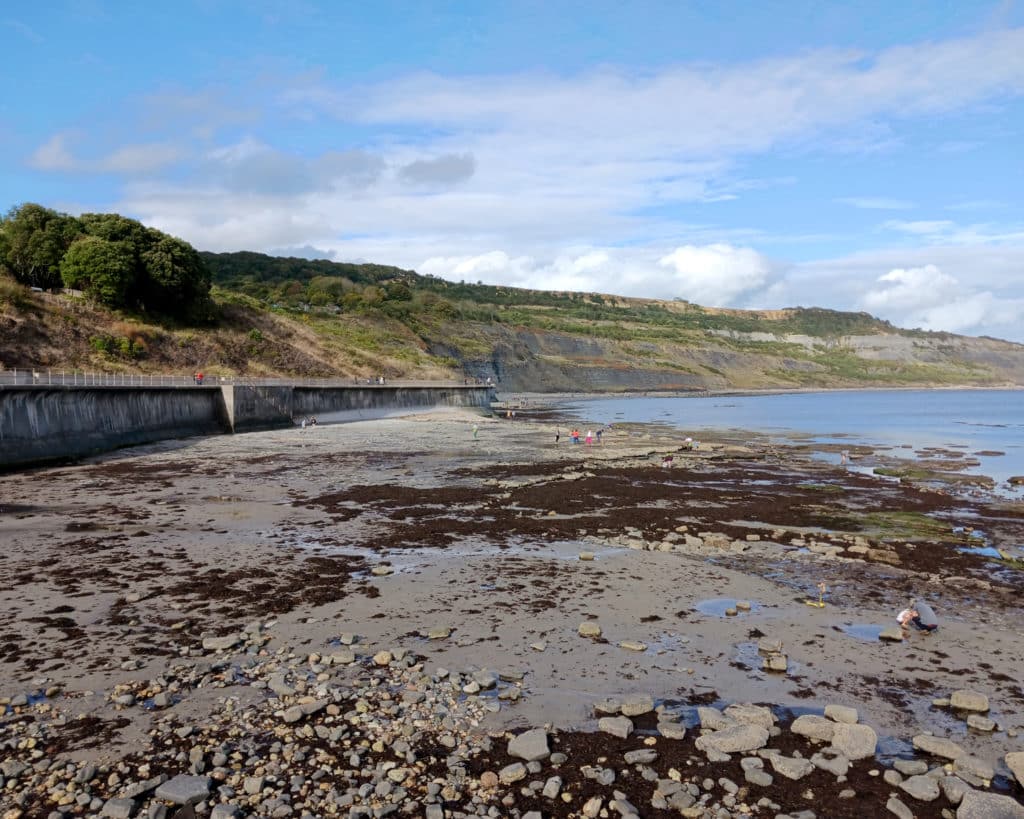 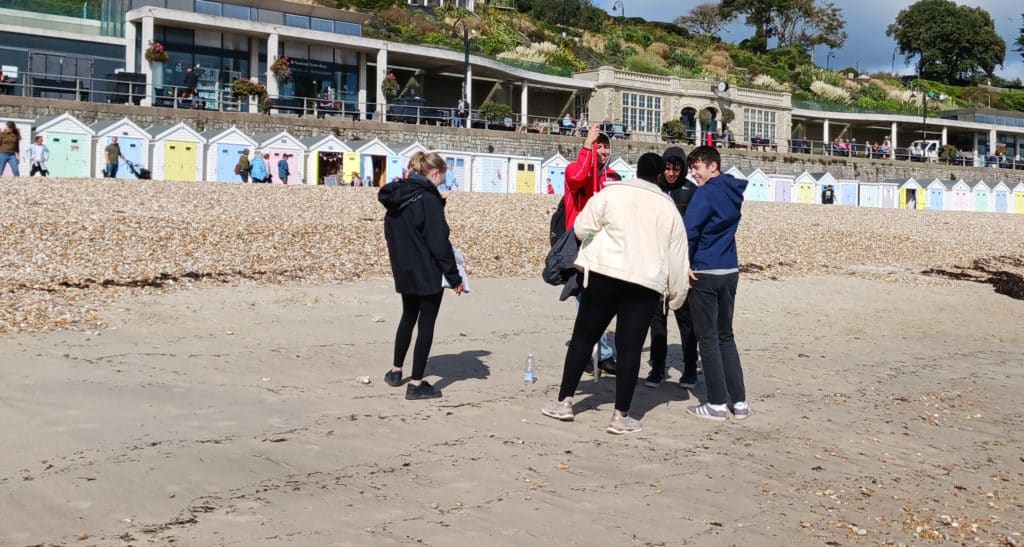